Back with the best 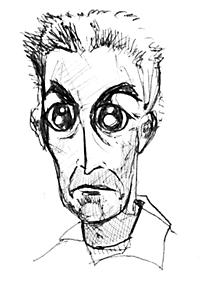 IN THE year when Paul Kelly started selling records in a quantity to match his talents, it's time we started appreciating another great Australian songsmith.

With his early band The Sports, Stephen Cummings recorded a brace of classic Australian singles and one great album, Reckless.

His eight solo albums all have something to recommend them, and one, 1987's Lovetown, remains the great lost Australian album, recorded on a shoestring and yet up there with John Hiatt's Bring the Family as one of the decade's unsung nuggets.

It's a reminder that the best music is often made by musicians getting together in a room, getting excited about some new songs, banging them on tape and getting out of there fast.

Much of it is music that just as easily could have been recorded in 1977 or 1997. Cummings agrees with this assessment: "It was recorded at Men at Work's bass player's house, with people like Andrew Pendlebury from The Sports. It sounds pretty timeless."

In recent years, Cummings moved away from this sound, with Steve Kilbey of The Church producing his albums Falling Swinger and Escapist. It's an unusual combination, with Kilbey's penchant for big-picture soundscapes and Cummings's more earthy muse.

"Me and Kilbey got on well," Cummings says. "We have similar musical tastes, and he was good for me because I had fenced myself in with my sound and he helped me break out of that."

The gospel inflections of Fell From a Great Height and the Church-esque guitar throb of Sometimes are fine examples of the collaboration on this collection, but the tracks with Cummings at his most fragile and unadorned really grab the ear.

Songs like She Set Fire to the House and You Jane, with their simple acoustic guitars and lonely pedal steel guitar, serve as splendid introductions to the man's understated music.

Cummings is planning a change of direction when he records his next album: "It will be pretty Lovetown-ish."

One quibble: there isn't much information on the cover and no liner notes about the man's career. Music this good deserves a package to match.

By the way, the title Puppet, Pauper, Pirate, Poet, Pawn, King comes from Frank Sinatra's That's Life, does it not?

"That's right. I figured anyone who has been in the music business for any length of time has probably been one or all of those," Cummings says.

To investigate Cummings's earlier work, check out The Sports - the Complete Anthology (Mushroom), which revisits 70s hits such as Who Listens to the Radio and Strangers on a Train.

The second CD has more curiosities to satisfy the old fan, including songs from their Sports Play Dylan (and Donovan) mini-album, and some ripping live tracks.

Thankfully, Cummings's liner notes put the whole thing into perspective for the uninitiated, or those old fans whose memory cells gave way at one of The Sports' legendary shows at Brisbane's Queen's Hotel, circa 1978.