"My 16 year old son listens to a lot of hip hop, from what I can gather from sneaking a look into his computer," a bemused Stephen Cummings admits. "He also likes The Vines and he'll say, "Listen to The Vines Dad, they're really wild!" and blah blah blah, and I'll say, "That's not wild!" or some pathetic reactionary father type thing, and I think that also prompted me to make a record like this." 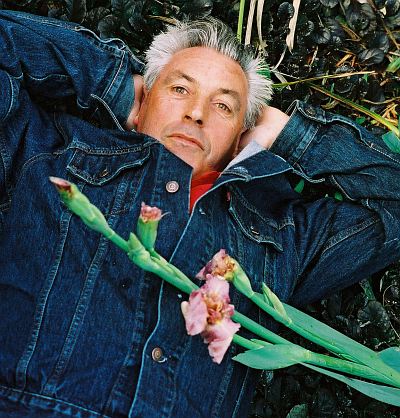 It might be a momentary flippant remark, but there's always a grain of truth buried in these asides. Anyway, this is his latest and thirteenth, solo album, Firecracker (W Minc), and for anyone who has followed Cummings career over the past few years, it's a major departure from albums like Skeleton Key and Falling Swinger.

"For a lot of people who've just come into music, from my last probably five records only know me as kind of a very moody singer songwriter. so I thought I'd shake it up a bit cos I think I'm a good rock'n'roll singer. But I'll only do it when I want to do it, not when other people necessarily want me to do it. That was the other reason why I felt like going a bit wilder.

"In the middle of last year I just started feeling professionally flat! So I started listening to some old records and set myself a little task for a month that I'd write as many songs in that rockin kind of 50's style that I could. I got a friend over, made some drum loops and then I just started writing songs and I wrote about 30 songs in that month and it was just easy and fun. Towards the end, I was starting to stray from the 50's and the songs were starting to turn into 1965! They were turning into either really rollicking 60's beat groups or else 60's soul songs! So I thought that was enough. That can be the next record - if there is one.

"I was also trying to write another book and every chapter of that book is named after a single that came out on Chess Records. I had this 15 CD Chess Box Set that I was listening to continually ^�os the major character in the book is a pastry cook who tries to simplify his life and decides one way with music is he'll only listen to records that are on Chess, ^�os that covers a wide style and he'll never have to think about it again! Chess, as well as putting out a lot of blues stuff, also had an arrangement with Sam Phillips and put out a lot of rockabilly. And listening to that I was thinking, Wow, this all sounds so great! Why do I like it so much and realised it has such immediacy and lots of percussion and it's just all open, the songs just play themselves. That also set me on the path really. I found it was an easy way to write songs!"

One song however. Why Doesnt She Want Me, stands out on Firecracker as coming from the moody songwriter Cummings rather than the 50's rocker Cummings.

"I wrote that song for Rebecca Barnard because at the time she was going to do her own solo record, but she hasnt got round to doing it yet so I thought I'd put it on the record so someone might hear it and cover it! It's a nice song."

Rebecca ended up as a guest backing vocalist on a couple of tracks, inevitably perhaps since the album was produced by her husband, guitarist Shane O'Mara. Cummings also used not one but two drummers, Peter Luscombe and Peter Jones.

"I like the idea of having lots of percussion but I was actually going to use the drummers separately but they're best friends so we ended up using the two of them together just playing a kind of mix kit. And I always wanted to play with Ross Hannaford, who was in Daddy Cool. People outside Melbourne don't really know him but he's a legend here, a real eccentric. Then Danny Luscombe, who's played guitar for me and was in The Blackeyed Susans, has always told me that Chris Cheney is a really incredible guitar player, so I rang him up and he said he'd love to. He was a really sweet person, brought along some old Sports singles for me to sign and wouldn't let me pay him ^�os he felt it was an honour to do it.

Cummings is, for the first time in about five years, touring with a band, and he's even picking up the electric guitar.

"Basically it's Shane, myself, Peter Luscombe and bass player Bill McDonald. It's Paul Kellys band but with me instead, and I sort of make them rock!"

Stephen Cummings and the band launch Firecracker Thursday 20 at The Clarendon in Katoomba. and Friday 21 in The Roma Room at the Metro