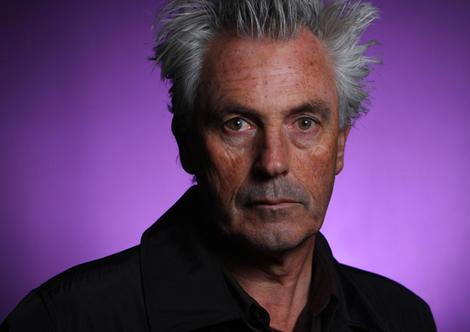 The Melbourne singer-songwriter's next album could be a collector's item.

The quintessentially Melbourne figure of Stephen Cummings is temporarily becoming a Sydneysider this month as he takes up a residency at the Vanguard. No doubt he is expecting an audience. It helps to pay the bills - particularly when you have a new album, the freshly minted and tasty Space Travel.

However, he didn't bother with an audience when he recorded the equally new DVD In the Big Room, which was filmed at the empty Forum Theatre in Melbourne. Audiences? So five minutes ago, don't you think?

"I knew that the [film company] had the equipment set up for the Comedy Festival or something, so I rang up the boss of the company and said, 'I'm playing really well at the moment, I could just rock up and you could film me for an hour.' And they did," Cummings says, amazed.

"The only thing is I had to do it at nine on a Saturday morning. I said, 'It's OK, I don't need an audience, I don't need overdubs, I just need an hour.' "

We can't put this audience-free show down to his notorious stage nervousness, though. As Cummings says in the interview on the DVD, he is now at his most relaxed on stage.

"I am now, yeah. I don't smoke or drink any more. Giving up smoking was a great thing to do," he says with the fervour of the born again.

What does he do with his hands now?

"I practise guitar. I've got a book in front of me now called 4400 Guitar Chords. I threw myself into that and bike riding, I paved the backyard and I rendered all the brickwork outside. Just to keep busy. And make myself really tired.

"The funny thing is, ages ago a doctor said to me, 'If you stop smoking a lot of your problems would disappear,' and I thought [he snorts].

"Now I just want to play, and play as much as I can." Hence his Sydney residency. And his grand plans.

"No one is buying records now, so the only way to make money is to go out and play and sell merchandise.

"My thing on that is I've written a whole new album, which I am going to have come out before Christmas which will be available only on the website. There will be 200 copies only and each copy is $100. And each one comes in individual artwork. So it will be an artefact now."

It dawns on me that Cummings is not entirely joking. "That's 20 grand, more money than I would ever make out of an album," he laughs.

Every song on this album will be recorded on nylon-string guitar, his latest obsession to replace smoking.

"I didn't realise how much of my life was based around smoking. Now that I've got the nylon-string guitar, which is really light, I can take it anywhere, sit inside. Everyone's seeing more of me."

Good God - rather than a mid-life crisis, he is having a mid-life transformation.

"I've been having a midlife crisis for 20 years and now it's reached its zenith and I've gone into a state of grace," he chuckles. "I am a living Richard Ford novel."

Not The Sportswriter, but The Songwriter. "But I'm a nicer Frank Bascombe."

Would he consider going into real estate as Ford's central character, Bascombe, does?

"Apparently, a really specialised field of writing is writing the text on the For Sale signs. I thought I could get into that. I remember I sold this flat and the woman who sold it for me said something like, '[The flat] smells like kittens in a box.' Gold. It sold before auction."