PUPPET, Pauper, Pirate, Poet, Pawn and King. On any musician's resume, the list would chart an impressive evolution. As the title of Stephen Cummings's new retrospective CD, it's more a case of six hats on permanent rotation for a solo career now in its 15th year.

"You have to be all these things at one time or another to be in the business a long time," the singer says. "Most of it is self explanatory. You have to be a pirate because you have to be entrepreneurial - well, steal. You're always stealing ideas and talking people into giving you money. 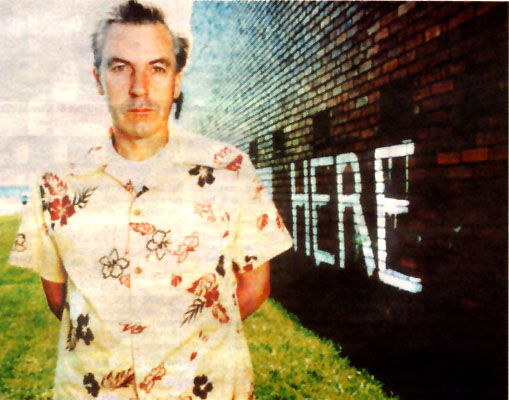 "Basically my perspective on putting this album out is that I play to a lot of people, usually younger people and often they don't even know what I do. Often they'll come up and say I like that, do you have any records out?"

Well he might chuckle: just the four classic LPs as frontman for The Sports eight solo albums since 1984 and sundry EPs and guest appearances elsewhere. Critically acclaimed at every turn, Cummings's work has nonetheless remained among the less celebrated in Australia pop history.

Now both halves of the story are being revisited, The Sports with a double-CD called This Is Really Something and the solo years with the new PPPPP&K collection.

"It was coincidence more than a deliberate clearing of the shed but it did have that effect for me," Cummings says.

"When Escapist came out last year found myself thinking My God, I've written eight (solo) albums! Look at all these songs! I found it quite depressing, actually. I wished I'd written half as many and they were better. Now, hearing it all crammed together, I feel quite good about it."

Together the two volumes chart a long, strange journey in terms of style and mood from the hungry rockabilly of the early Sports to the glorious radio pop of their later output; from the introspective singer/songwriter searching for his niche, to the distinctive voice at the centre of the refined, atmospheric Steve Kilbey production of his last two albums.

"To me it's frustrating that it takes you so long to do what you're trying to do," Cummings says of the long, prolific transition. "Martin (Armiger), Andrew (Pendlebury) and I were the main ones who wrote the songs in The Sports and none of us ever found it ended up the way we wanted it to be. You have to compromise so much in a group."

Although he wrote the cover notes for the 36-track Sports collection - which includes a whole disc of rare material - Cummings says he had little to do with its compilation. He had more input in Puppet, Pauper etc, although he consulted with fans via a Sydney-based web site before trawling through his archives.

The resulting 15 tracks necessarily omit at least twice as many of equal value, with three newies thrown in for good measure. Notably, the Jane Trilogy is presented in sequence, a typically melancholy series of encounters with a waitress written over several albums which showcases Cummings's flair for emotionally-involving storytelling.

Conspicuous by its absence is anything from his first solo LP, 1984's Senso. "On that record I was learning to get my own thing together," he says. "In some ways I didn't have that much to do with it. At that stage I didn't even want to get involved with music too deeply again. I thought, I don't mind writing the songs and singing them but I'm only gonna turn up when I've got to do that.

"I had a strange idea that the less I had to do with making music, the more successful it would be," he laughs. "My cynicism at the time was probably a sad reflection of my mental state."

Recent collaborator Steve Kilbey (of The Church) says Cummings still takes a hands-off approach in the studio, leaving each artist to what they do best.

Partly set in the music business the pirate-poet knows so well, it features a character who is "vaguely a merging of Steve Kilbey and Nick Cave", he says.

"But music is still my main thing," he says. "A lot of people who make music want to get into movies or TV or do other stuff, but I just like music. Now I've set up my garage with a lot of a good, old recording stuff I can keep doing this forever."