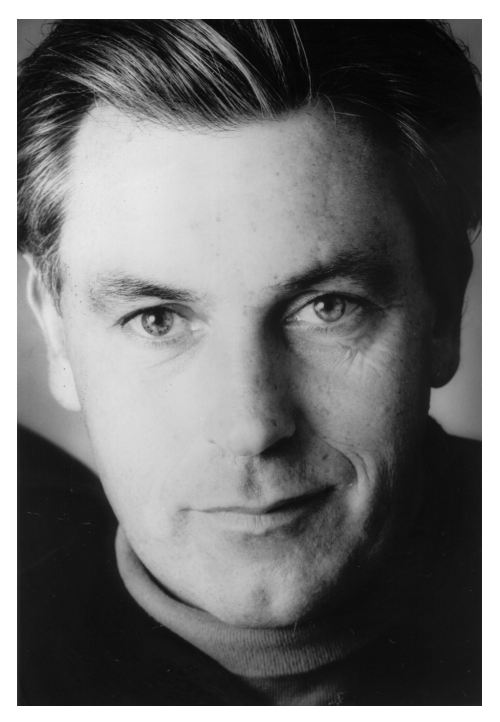 Australia's King Of Smooth, Stephen Cummings, has returned to the fray with a funky new album, Good Humour, set for release early next year. After the acoustic serenity and cool beauty of his last few records, A New Kind Of Blue, This Wonderful Life and the masterpiece, Lovetown, Cummings has roped in I'm Talking's former songwriter, Robert Goodge, for this new project.

You've been burnt pretty badly by mainstream radio in the past. Do you feel that if they didn't see Lovetown as being up to scratch, then they'd never play your stuff?

Well that's the case in Sydney, not so much in Melbourne or South Australia. I get played on the radio quite a bit, but never in Sydney. The last record actually sold quite well, but not incredibly.

I'm sort of very confident of a couple of songs that I did with Robert are much more - well they're still very me - but they're quite tough and guitary. It's sort of funky but with my personality stamped heavily on it.

How frustrating is it when you know you're writing good material, but still not really managing to break through?

I don't really think about it that much, but when I do get, um, I get quite i annoyed, heh hahe heh. I only get annoyed when I've got some bill to pay and I haven't got enough money and I think 'Oh fuck, this is fucked', heh heh.

About half way through this record, I think I was getting really, um, thinking 'What the fuck am I doing? I'm just getting back on the treadmill again'. And then I sort of stopped, because it's really unproductive thinking about that. If people knew what could make a hit they'd do it more regularly.

The only interesting thing about pop music is that it's sometimes unpredictable, that is the only thing it's really got going for it.

In the studio, what can you do with more money? What has a bigger budget allowed you to do with Good Humour?

That is why the music has changed on this record. I got to do a few more things, had a little bit more time in the studio, so I could open up and you know try a few more things and make a bigger sound, a few pop experiments.

Do you ever feel it will be hard to top Lovetown? Surely that was an insurmountable peak, including Sports and other solo albums?

I don't think it will be hard to top the songs. I think I was a late developer anyway and I don't think I realised at the time, but it's a very special record, it'll last a long time and it sounds really good.

It is a mixture of both. For this record I think I recorded about 15 or 16 songs, and I had about 35 songs. The reason I didn't record some of them wasn't because they were worse or anything, but a lot of them were very personal, and I think: 'Oh, this is getting a little like therapy or something, no-one else could possibly be interested in this'.
It can get too obtuse, so I just try and get, you know, you have to work on things, usually things that are any good happen fairly quickly and easily.

Why are you wary of opening up? When Lovetown came out you told me just about all the songs were made up?

Are you a dictator on stage? You seem to be totally serious and very pissed off if someone played a bum chord or if it is out of tune.

I'm not really an expert communicator in that way, usually I'll let it go until I can't stand it any longer and I'll throw a minor wobbly, then we get back. I'm not really, I'm sort of ashamed of the way I communicate.

What did you say to the players before you recorded the album?

Well it was pretty much worked out beforehand, Shane (O'Mara) and I did extensive demos of all the songs, we knew what we wanted. It's a really tight unit, just him and me. He writes some of the songs, but not all of them, and a lot of them he doesn't have that much to do with, but he has to do with the two of us working out what to do.

He likes things really simple too, we sort of work it all out, and with Lloyd (Swanton), he's really good. It helps working with people that are really good, because by the nature of it they don't wank on, they just get in there and it suits me. I can't work on things too long, because I just don't have the concentration.

So what's the story with advertising?

I don't seek the work, it's just a few times people have rung up and asked me if I'd do it, and as it's happened each time they've rung up I've had a huge phone bill and I've said "Yes, I'll do it, I'll do it."

Heh heh. You're just a slave to these people. They just ring me up, it doesn't happen that often, but it's come to that...it's just sad. I don't play that much that often. How I think about it is, if I do that once a year, it lets me do what I want to do with my own music for the rest of the year, so I don't have to go begging to the record company people or agencies or anything.

I only ever do one a year (Medibank Private "I Feel Better" ad this year and Hooly Doolys before that). It's like basically each time I've done something like, it's been the dole or that. "What am I going to do?" If it was something horrible then I wouldn't do it. I would never use my own music but I don't mind doing something new for someone.

Did you have a trade or anything before Sports?

No I did the worst thing, I went to art school, ha ha ha. I did that for a few years, and a couple of years ago I went back to university and did a film sort of course at La Trobe university, a film criticism course.

Do you worry about five or ten years down the line?

Well, I have my own house which has been a bad thing and a good thing, because it hasn't made me very ambitious, because I really don't want anything else anyway. I sort of worry about it in one way, but I'm always thinking there must be something else I can do, but I really like music and it's what I do. I know what I do is good, and I think "Oh well, eventually it'll pay off."

Has time made it any easier for you performing on stage? You still close your eyes a lot of the time.

Yeah, I feel really quite, um, happy about it now, because I don't do it that much, and I really enjoy it when I do. I'm trying to work on being a bit better, a bit more relaxed, but I feel quite good about it. I get a bit embarrassed about it, but anyway, when I do it a bit in a row I get into it again...it's from all those years with playing with Sports, it sort of comes back to me.

Do you ever get pressured to be not just a singer and a guitarist, but an entertainer as well?

I don't feel pressure. Sometimes I just can't think of a thing to say, I've got nothing to say. I went to see Paul Kelly play acoustically a while back, and he played about 20 songs and he didn't say anything. I think it would be better if I did make a bit more communication, and I try and open my eyes a bit more now because I always shut them in sort of embarrassment really. I'm also getting better at that.

Has your son Curtis seen you play?

He's come along and seen me, he just thinks it's what I do. He just sort of accepts it, this is what everyone does for a job.

Is he at an age (4) where he can decide whether he likes certain records?

Oh yeah, he says he does. He'll sing along if a single is out. He likes it. He's keen to come to Sydney, too.