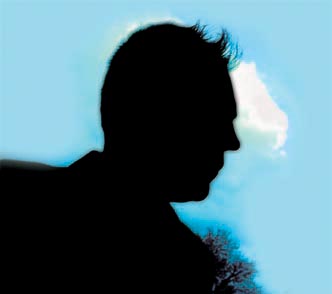 This page answers the following basic questions: For information on those responsible for creating this website, see the credits page.

Who is Stephen Cummings?

Stephen Cummings first achieved success in Australia as lead singer with The Sports, a pop band that had a number of hits in the late 70's including the classic "Who Listens to the Radio?". Never completely comfortable with the rigours of touring with a band, it was not surprising for him to embark on a solo career after their demise.

His first solo offering, the album Senso charted impressively due to the top 5 success of the single "Gymnasium".

Whilst that album received considerable attention from the general public, his subsequent releases have not fared so well. With his third album, Lovetown, Cummings hit his creative stride - critical praise was showered on the album, and it is now revered as a classic amongst his fans and followers of the Australian music scene.

Stephen has now released 23 albums, consisting 17 studio albums, two 'best of' compilations, a live disc, two albums of acoustic re-workings of his songs and a rarities collection. Sales of his albums are usually quite modest, despite the acclaim which greets each one. His fourth album, A New Kind of Blue, won an ARIA award for "best adult contemporary album" (1996's "Escapist" was also nominated in the same category) and his eighth album, Falling Swinger, was included in Australian Rolling Stone's list of "100 essential Australian albums".

With The Sports, Stephen ranted and rocked his way around a stage. His solo career has generally showcased his considerable abilities as a pop singer with the occasional foray back into rock (eg. his Firecracker album). Rolling Stone once said he "has the very rare ability to sing quietly, with passion" while The Age has described him as "one of the great voices of Australian rock".

I like to describe his music as intelligent pop or perhaps the red wine of pop. His music can be an acquired taste that gradually reveals itself as completely bewitching. One critic praising his Lovetown album wrote "This is pop, it's rare and it should be treasured".

Often catchy and just as often idiosyncratic, he utilises a variety of instrumentation, ranging from a glossy dance beat to a simple acoustic guitar backing or a sparse jazz piano accompaniment. Always oozing style and class, he croons his tales of love confused, lost, regained and dreamt of with a voice that is simultaneously bold and hesitant.

You can sample some of Stephen's songs on the mp3 page on this site.

I recently put together a compilation tape for a friend intended as an introduction to his work. It's not quite a "best of" but I believe it gives a newcomer a pretty good idea of what to expect from him. Here's the track listings of the 90 min tape and the 74 min Minidisc version, complete with some "liner notes" written by me.

Who has he worked with?

Stephen is a keen collaborator, both on his solo releases and in a variety of group projects. This is a list of just some of the musicians that Stephen has worked with at some point in his career:

Where can I buy his stuff?

If you want to purchase any of the following recordings, take a look at Whammo, an Australian-based online music store which has some of the albums listed here. Some other Australian online stores include HMV, Sanity and Chaosmusic. Alternatively, try some of these pages or if you're in the US, try Pandora's Music Box.

Stephen's albums have been released through a variety of major Australian record companies. Finding any of his releases tends to be at the mercy of the re-issue programs of these record companies. For instance, the last I heard was that the widely acclaimed Falling Swinger album is currently out of print. I think A New Kind of Blue has fared better, perhaps because it was an ARIA award winner.

All of The Sports albums were released through Mushroom Records. The Four Hours Sleep album was released on White Records (through Mushroom) and the Christopher Marshall album appeared on MDS (also Mushroom).

How do I book Stephen for a gig?

Stephen can be booked for live performances by contacting this site at feedback@lovetown.net and we'll pass it on.